Autor: Dragos Serban
Publicat la data de 14 Apr. 2010 in: Stiri
The ACP-EU Joint Parliamentary Assembly asked the European Commission to help EU and ACP banana producers adapt to the new EU-Latin America trade agreement, which is expected to put an end to fifteen years of "banana wars" between the two continents, but has raised concerns for the livelihood of some regions' producers. Members also called for stronger sanctions against Madagascar and discussed the situation in South Sudan and Haiti.
At the 19th Joint ACP-EU Parliamentary Assembly, held in Tenerife (Spain), parliamentarians asked the European Commission to increase aid to ACP and EU banana producers, in order to help them adapt to the new regime and receive compensation for financial losses they might face because of new tariff rules laid down by the EU-Latin America "banana agreement".

The agreement, initialled on 15 December last, but not yet ratified, reduces import duties for products from Latin America and the Caribbean. Members asked for a study to be carried out on the social, economical and environmental impact of the new tariff accord.

Spain (and the Canary Islands), with 350 000 tonnes produced in 2009, is one of the most important banana producers in the EU. The three other major European producers are France (with Guadeloupe and Martinique), Greece and Portugal. Yet the majority bananas sold in Europe come from Latin America (72% in 2008). 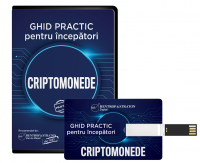 Ahead of the general elections in Sudan, the Assembly reasserted its complete support for the Comprehensive Peace Agreement. Fundamental freedoms laid down in the Sudanese constitution - the right of assembly, association, and freedom of the press - must be upheld if the general elections and the January 2011 referendum are to be "free and credible", say ACP-EU JPA Members, who noted with anxiety that the approaching elections had already given rise to violence in the South of the country.

The Assembly also debated the reconstruction process in Haiti: Members called for a complete write-off of the Republic's external debt, estimated at 1 billion dollars, and advocated investment in quake-resistant buildings and reforestation of the country.

Spain's Foreign Minister, Miguel Angel Moratinos, told ACP-EU JPA Co-Chairman Louis Michel that the next meeting of EU Foreign ministers would examine the possibility of stepping up sanctions against Madagascar.

Louis Michel insisted that the Council of Ministers should align European sanctions against Madagascar on those already imposed by the African Union.

The JPA, which twice a year brings together 78 MEPs and 78 parliamentarians from African, Caribbean and Pacific states, relegated the delegations of Niger and Madagascar to observer status, without voting rights, due to the lack of constitutional order in their countries.

Mr Michel noted that Niger was "making positive proposals which go in the right direction". Equatorial Guinea, also the scene of political trouble, did not send any delegates to the Tenerife meeting.

"The situation in the Horn of Africa could rapidly deteriorate into a new Middle-East", warned Co-Chairman Louis Michel. « A comprehensive strategy is needed for the entire region - an individual solution for Somalia will not suffice», he insisted.

The impact of the economic and financial crisis was the subject of two reports debated on Tuesday 30 March and adopted on Thursday 1 April: