AgroRomania.ro » Stiri » Avicola Brasov boosts Transavia’s sales by 20% and its market share to 17%

Autor: Dragos Serban
Publicat la data de 31 Iul. 2009 in: Stiri
The Transavia poultry producer, controlled by businessman Ioan Popa, posted a 20 percent annual increase in sales in the first five months of 2009, due to a rise in production, following the takeover of Avicola Brasov, and the initiation of exports one and a half months ago.


After net sales worth €95 million last year and a profit of €4.4 mln, estimates for the whole of 2009 target a minimum growth rate of 35 percent.

“The sales volume of the Transavia group registers a 20 percent increase in the first five months of this year, proving that we will produce over 50,000 tons of poultry,” Transavia’s General Manager, Ioan Popa, told Business Standard, adding that the growth is due to the company’s ongoing development and increasing production at Avicola Brasov, where production capacities are integrated in a modernization investment project worth over €10 mln. 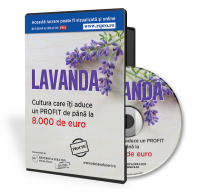 With an annual production of more than 50,000 tons of poultry and a 17 percent market share, Transavia outranks its main competitor, Agricola Bacau, which has an 11 percent market share. According to company officials, Transavia makes one quarter of the poultry produced in Romania, considering that a significant quantity of local consumption comes from imports. Two other major players on a market valued at some €800 mln are Agrisol and Agroli.