"The ministry's intention is to make the final price drop. Specialists say prices might fall by 30% in a few months," Sarbu said.

The draft law on food product trade was adopted in the Chamber of Deputies last week and is pending the president's approval.

Sarbu said there are things that can be corrected, but the law, which has been criticized by retailers, is not abusive. 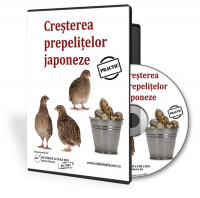 "I believe what we've done is neither abusive, nor a disaster," Sarbu said, adding that the president will pass the draft.

The Association of Large Trade Chains in Romania said Monday in a press release that the law goes against competition rules and will cause the industry to go bankrupt and will determine foreign retailers to stop direct investments in the local market.

The representatives of producers and unionists attending the conference rejected the accusations and said the legislative initiatives will lead to the development of neighborhood stores, increase of the competition and decrease in production prices.

The law on food product trade will regulate the relations between suppliers and traders, to prevent anti-competition practices of retailers.

According to the normative act, traders are not allowed to ask suppliers to pay for services that are not directly linked with the sales operation and not included in the procurement price.

Traders are not allowed to impose suppliers to sell their products at an equal or larger price, and delisting a product from the store's shelves can be done after a notification is sent to the supplier, with two months in advance.
Autor: Dragos Serban