Autor: Dragos Serban
Publicat la data de 21 Ian. 2009 in: Stiri
Exchange rate variations brought losses amounting to €1 million in December to bakery producer Pambac Bacau, one of the top players on the local market. For the entire 2008, losses caused by leu depreciation and interest rates paid for banking loans were similar to the net earnings in 2007, worth some €1.5 mln, according to Finance Ministry data.
However, Pambac still managed to end last year with earnings, although not significant, according to company officials. Pambac General Manager, Alin Giurea, added that he was forced to freeze salaries at last year's level, due to the financial crisis. However, the company was not forced to lay off personnel so far. 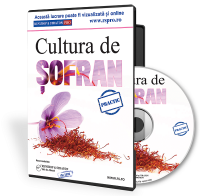