Autor: Dragos Serban
Publicat la data de 25 Ian. 2010 in: Stiri
Grain shipments from the Black Sea to Asia look set to fall, slashed by a surge in ocean freight rates fed by China's hunger for vessels to ferry home its global commodity purchases and fears of predatory attacks by Somali pirates. The cost of shipping grain in bulk from the Black Sea region -- a key supplier of corn and feed wheat to Asia -- has climbed by about a quarter, to $65-$70 a tonne for a handymax vessel in the last two months, traders and shippers said at a grains seminar hosted by the Centre for Management Technology.
"Freight rates across all sectors have steadily improved over the last two quarters, chiefly due to the increased demand for iron ore, as infrastructure development fueled by the Chinese government stimulus revived the steel industry," said Voytek Chelkowski, managing director of Seamind, a freight consulting firm based in Singapore.

And official data on Thursday showed China produced a record 566 million tonnes of steel in 2009, more than any other country. [nTOE60K02R] Iron ore is the main raw material used to make steel and China buys around 50 to 60 million tonnes a month, which requires more than 300 ships. 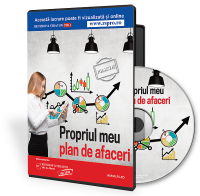 The risk of piracy in Somalia is another important element hampering the freight business from the Black Sea to the Far East, analysts said.

"Many owners simply refuse to navigate via Aden, the only economically viable route from the Black Sea to Asia, which puts pressure on ships' supply for this trade," Chelkowski added.

Piracy attacks worldwide rose nearly 40 percent in 2009, with Somali pirates accounting for more than half of the 406 incidents reported, the International Maritime Bureau says.

This pattern could force Asian buyers, who import grains from Ukraine and Russia, to look for alternative origins such as Australia, Canada and South America, where shipping costs have risen by much less.

"They can buy wheat from Australia and Canada, there is no shortage of wheat," a regional grain trader said.

Bangladesh, which ships 80 percent of its annual wheat imports of 2.5-3.0 million tonnes from the Black Sea region, has been buying more from Canada.

"There have been a lot of shipments from Canada, they have bought around 250,000 tonnes of Canadian wheat in 2 months," said Sajjid Haider Pasha, a director of Hong Kong-based commodity trader Shun Shing Group.

"It was mainly spring wheat, which is of better quality than Ukrainian wheat, but the quantity is unusually high for Bangladesh."

The cost of shipping wheat from Canada has risen to around $50 a tonne from $45 in November, while the bulk freight rate from Australia to Asia is around $30 to $35 a tonne.

South Korea was a leading buyer of grain from Ukraine, taking 254,800 tonnes in December. Vietnam, Malaysia, Indonesia and the Philippines are other key destination for feed wheat from the Black Sea.

Some Ukrainian exporters are shipping grain in containers, which runs much cheaper, at $25 to $30 a tonne. "We are selling around 10,000 tonnes of feed wheat to Vietnam a month and we are doing it entirely in containers," said an exporter from Lithuania.

The country harvested 46 million tonnes of grain in 2009 compared to a record 53.3 million in 2008.
Autor: Dragos Serban